Publishers Weekly review and an update from Subterranean Press

The Providence Rider Robert R. McCammon. Subterranean (www.subterraneanpress.com), $26.95 (416p) ISBN 978-1-59606-466-9
Problem-solver Matthew Corbett’s past comes back to haunt him in McCammon’s intriguing fourth historical thriller (after 2010’s Mister Slaughter). Shanghaied in 1704 from Manhattan to Pendulum Island, the Bermuda home of his nemesis, criminal mastermind Professor Fell, Matthew is tasked with finding out who among Fell’s criminal confederates is leaking to England Fell’s plans to sell a devastating new type of weapon to the nation’s European enemies. Matthew must not only risk betraying his mother country to do Fell’s bidding but also find some way to save his girlfriend, Berry Grigsby, whom Fell is holding in pawn until Matthew completes the job. Once again, McCammon provides a colorful and well-researched depiction of colonial America, enlivened by a rogues gallery of well-drawn characters. Hairs-breadth escapes and the teasing promise that characters who appear to have been disposed of might resurface in future adventures make this a rollicking good yarn. Agent: Cameron McClure, DMLA. (May)Reviewed on: 03/19/2012

Remember, you can download the first 120 pages of The Providence Rider for free from Subterranean Press! The book will be published in late May 2012.

Subterranean Press has released the following:

We’re deep in production on Robert McCammon’s upcoming historical thriller, The Providence Rider, which means that praise is starting to roll in. We’re only too happy to share the good words with you.From Joe R. Lansdale:
Wow, McCammon is back with a vengeance, and he’s riding high with The Providence Rider. Historical, strange, creepy, and engaging as all of McCammon’s work is. I highly recommend it.

From William Browning Spencer:
I just finished reading The Providence Rider. It may be the best of the series so far. Beginning with Speaks the Nightbird, Robert McCammon’s only credible competition is Robert McCammon. As is the case, I suspect, with most lifetime readers, I’m somewhat jaded, less likely to be bowled over by a book. But reading The Providence Rider created a feeling akin to what I experienced reading Kidnapped or A Princess of Mars when I was a kid.

From Famous Monsters of Filmland:
The Providence Rider is an absolutely brilliant historical thriller that will keep you turning the pages at a feverish pace as Mr. McCammon takes you along on a grand adventure full of action, intrigue, violence, love and friendship [The Providence Rider] contains the best of what I liked about the first three books, while adding substance and depth to Matthew, and introducing us to some new and interesting characters that I will be looking forward to getting to know better in future tales.

From Horror Drive-In:
In The Providence Rider, Corbett is launched quite literally into his most exotic adventure yet. Already targeted by the nefarious Emperor of Crime, Professor Fell, Corbett is taken against his wishes to an island where the Doctor reigns supreme. Though Fell has previously marked Corbett for death, he now needs the young problem solver to help him with some of his own troubles What makes this series work so, other than McCammon’s flawless depiction of the past and the exquisite language he conjures it up with, is the basic decency of Matthew Corbett. The young detective is intelligent, tenacious, honorable, and simply a good human being. Yet no man can face the evils Corbett faces in these books and remain wholly innocent.

On the production end of things, we’re doing quite well. The signature pages are in hand, while Vincent Chong maintained the high marks he set with the art from Mister Slaughter. (You can see full color and black-and-white examples at The Providence Rider page). Rick McCammon is taking his final proofing pass through the book. We are set to publish, right on time, in May.

The Providence Rider is coming in 2012!

The Providence Rider has been completed

Robert McCammon has completed The Providence Rider, the fourth book in the Matthew Corbett series, and turned it in to his agent. It’s too soon to know when it will be published, but it should be sometime in 2012. Stay tuned!

Kazuki Tamada sent in a piece of great artwork inspired by Robert McCammon’s Speaks the Nightbird. You can view the art here or click on the image to the right. Look for more art from Kazuki soon…. 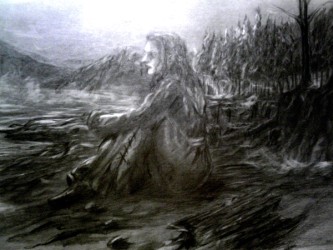 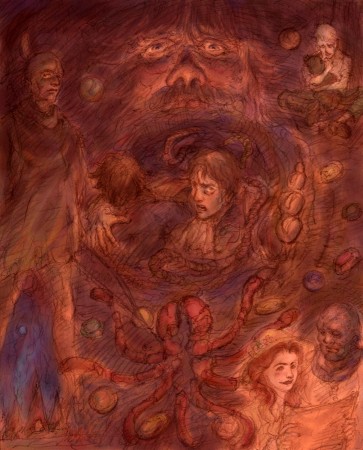 Photos of the limited edition of Mister Slaughter

McCammon’s map of 1702 New York and The Earwig