Russian edition of Speaks the Nightbird coming from Azbooka

Azbooka released Boy’s Life, Swan Song, and The Listener earlier this year. They currently hold the translation rights to The Border, They Thirst, Stinger, The Queen of Bedlam, and Mister Slaughter.

Speaks the Nightbird at Azbooka 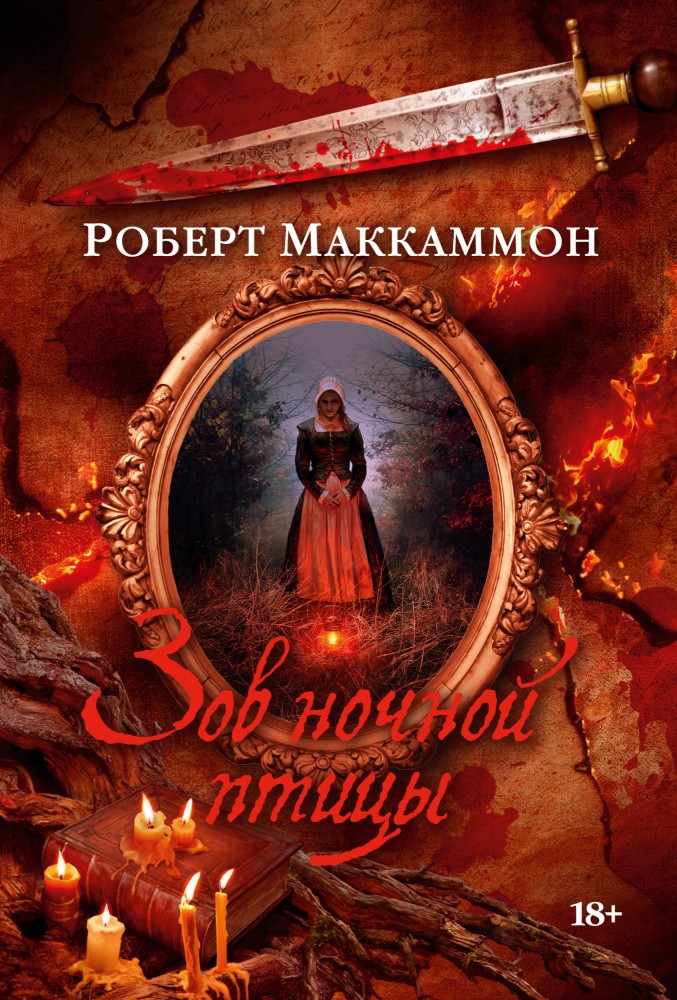 Robert McCammon, June 2021 Hello, all! I finished The King of Shadows toward the end of April. Since then I’ve been resting up because as I think you’ll understand when you read the book, it was quite a lot to put together. For one thing, it took me a while to refine what began simply as a […]

The King of Shadows is finished!

Robert McCammon has finished writing The King of Shadows! He literally just finished it on Tuesday, so it’s way too soon to know anything about any kind of publication information. But the book is finished, and it’s a big one! The number of manuscript pages is almost identical to what Freedom of the Mask had! […]

In 2019, Polish publisher Vesper acquired the rights to Speaks the Nightbird, and just a couple of days ago, they posted the planned cover art for their edition, which you can see below. The art is by Maciej Kamuda Art. No publication date has been revealed yet, but it will be sometime in late 2021.

German translation of The River of Souls coming September 30, 2021!

Posted on March 9, 2021 (Comments Closed)
in International editions, The River of Souls

More audiobooks on CD from Bolinda

Posted on January 20, 2021 (Comments Closed)
in Audiobooks, International editions, The Providence Rider, The River of Souls

Australian audiobook publisher Bolinda will release The Providence Rider and The River of Souls on CD and MP3 CD on February 1, 2021, and April 1, 2021, respectively. These are the Audible productions narrated by Edoardo Ballerini. The cover art for the releases has not been released yet. With these releases, all of the Matthew Corbett books published so far […]

On December 1, 2020, Australian audio publisher Bolinda Publishing will release Robert McCammon’s Mister Slaughter, complete and unabridged, as a 2-disc MP3 CD set and a 16-disc Audio CD set. The recording is the Audible production narrated by Edoardo Ballerini. Bolinda previously released the audio productions of Speaks the Nightbird (MP3 CD), The Queen of Bedlam (MP3 CD), and Freedom of the Mask (Audio […]

On October 1, 2020, Australian audio publisher Bolinda Publishing will release Robert McCammon’s The Queen of Bedlam, complete and unabridged, as a 2-disc MP3 CD set. The recording is the Audible production narrated by Edoardo Ballerini. Bolinda previously released the audio productions of Speaks the Nightbird as an MP3 CD and Freedom of the Mask on Audio CD and MP3 CD. The set can be ordered […]

New The Queen of Bedlam fan art from Александр Павлов

Posted on July 7, 2020 (Comments Closed)
in Fan artwork, The Queen of Bedlam

Artist Александр Павлов (Alexander) from Russia sent in a new illustration he did based on The Queen of Bedlam. You can find a larger version, as well as more of his art, on Alexander’s page in the Fan Art Gallery.