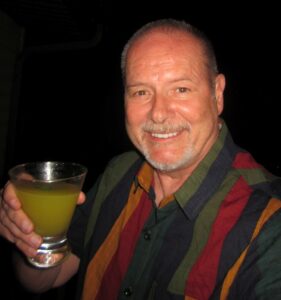 Robert McCammon is the award-winning, best-selling author of more than 25 novels. Throughout the 1980s, McCammon wrote some of the most popular horror novels published, including such best-selling titles as Swan Song, Stinger, and The Wolf’s Hour. In the 1990s, his work became more mainstream with such novels as MINE and the World Fantasy Award-winning Boy’s Life.

After the release of Gone South in 1992, McCammon shied away from publishing. His writing interests started to come into conflict with the big publishers, who insisted on pigeonholing his work. His next novel, Speaks the Nightbird, was more of an historical-fiction/mystery than fantasy/horror book. Potential publishers soured the writer by insisting on substantial changes to support their marketing efforts. McCammon refused to sign a contract and entered into a long phase of semi-retirement.

Speaks the Nightbird was eventually published in 2002 by River City Publishing, a small Alabama press. The success of the novel—and the warm reception by readers eager to see McCammon writing again—led McCammon to write a sequel entitled The Queen of Bedlam, which was published in 2007.

With plans for a ten-book series following the career of “problem solver” Matthew Corbett, Mister Slaughter was published in January 2010, The Providence Rider in May 2012, The River of Souls in May 2014, Freedom of the Mask in May 2016, and Cardinal Black in April 2019. The eighth novel, The King of Shadows, will be published in December 2022 by Lividian Publications. Mr. McCammon is currently working on the next book in the series, Seven Shades of Evil.

In between his historical fiction novels, McCammon has written contemporary novels, the first of which, The Five, was published by Subterranean Press in Spring 2011. The Border was a return to the horror/sci-fi genres and was published in May 2015. The Listener, is set in the 1930s and was published in February 2018 by Cemetery Dance Publications.

Robert McCammon is a lifelong resident of Birmingham, Alabama.

Robert McCammon is the recipient of five Bram Stoker Awards from the Horror Writers Association (which he helped found) and the World Fantasy Award for Boy’s Life. In addition, he has received the 1985 Alabama Library Association’s Alabama Author Award, the prestigious French 1992 Grand Prix de l’Imaginaire Award, and the 2008 Grand Master Award from the World Horror Convention, among others.