From Cemetery Dance (mild spoilers below; bigger spoilers if you haven’t read through Freedom of the Mask!): 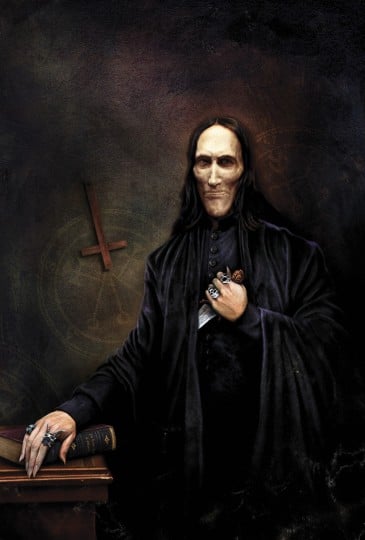 More big news this month for Robert McCammon fans! We’re thrilled to announce we’ll be publishing his new novel, Cardinal Black, which is the latest installment in his incredible Matthew Corbett series! (Don’t worry if you haven’t read the series yet, this novel is a terrific stand-alone read, too. McCammon really balances the story for both die-hard fans of the series and new readers!)

About the Book:
Cardinal Black is the newest installment in Robert McCammon’s unique series of historical thrillers featuring Matthew Corbett, professional problem solver, who has been called “the Early American James Bond.”

December 1703 finds Berry Grigsby living as Mary Lynn Nash in a small Welsh village where she has fallen victim to Professor Fell’s involuntary drug experiments. Her mind is quickly deteriorating under the drug’s influence, and the only way to save her is a potion book that was stolen in an attack on the village orchestrated by a mysterious madman going by the name Cardinal Black.

Matthew Corbett has volunteered to travel with Julian Devane, a self-proclaimed “fool and bad man” in the employ of Professor Fell, to hunt down the potion book. They follow the trail to London, where the book will be sold at a secret auction. Matthew and Julian manage to secure a seat at the auction by masquerading as respected and feared underground operatives, but to prevail in their high-stakes mission, they will require help from a very unlikely source. Even if they are successful, their race to save Berry Grigsby will leave a trail of destruction in its wake.

Cardinal Black is another extraordinary achievement from one of America’s most skilled authors, and it features some of the most memorable, compelling, and chilling characters in the Matthew Corbett series to date, each with their own competing agendas. This masterful historical adventure is perfectly balanced for long-time fans of the series and new readers alike who are now joining the adventure.